COVINGTON, Ga. — Those seeking work in everything from warehousing to event management apparently will have their pick of open positions at this week’s 2021 Regional Job Fair in Covington.

In fact, job openings are increasing by the day for at least one Job Fair participant and it is hoping to fill as many positions as possible at the Thursday event.

Express Employment Professionals is among the dozens of participating employers and staffing companies looking to fill hundreds of positions at the event scheduled for Thursday, July 22, at Georgia Piedmont Technical College’s conference center in Covington.

Express has about 250 open positions to fill — with a majority in manufacturing and many on second and third shifts, said Covington Branch Manager Elizabeth Mobley.

“We’re really excited,” she said, in reference to the company’s participation in the Job Fair.

Another participating employer, Emory University, needs support staff for what will be the largest incoming class of students in Oxford College’s long history, said Doug Hicks, dean of Oxford College.

Hicks said the two-year college is hiring for positions in the areas of facilities and events management, residential life, and career and counseling services.

He said Oxford “is particularly interested in hiring from our local community.”

“So we are pleased to once again participate in the annual Regional Job Fair in partnership with Georgia Piedmont Technical College and our economic development partners in Newton and Walton counties,” Hicks said.

Mobley said Express has participated in almost all of the Regional Job Fairs since 2016 and found that it attracts a higher turnout of job-seekers than other similar area job fair events, she said.

Express is based in Athens and has four offices representing about 150 employers. The Covington office alone works to provide staffing for about 50 companies, Mobley said.

However, those qualified likely can be interviewed on the spot for one of the open positions Express is offering, Mobley said.

She said the company is hoping for a good turnout— especially if job-seekers are willing to be flexible in the hours they are available, she said.

However, the need for second and third shift workers has increased as industries began increasing hiring again, she said.

She said Express has participated in more job fairs this year — organized by itself and others in the area — compared to previous years in part because of the rapid increase in open positions among its clients.

As recently as mid-June, Express was having trouble finding applicants, she said.

Meanwhile, state officials chose to halt Georgia’s participation in unemployment programs enacted through the federal CARES and American Rescue Plan acts that were criticized as exacerbating the labor shortage in a number of industries.

The Georgia Department of Labor then made June 26, 2021, the last payable week for unemployment programs related to the pandemic in Georgia — meaning unemployed people seeking benefits once again were required to report their job searches to receive jobless benefits.

Emory is Metro Atlanta’s top employer, Hicks said. More than 32,000 work for Emory, which operates its Oxford College campus in Newton County, main campus just outside Atlanta, and hospitals throughout the region.

"Emory University is the top employer in Metro Atlanta and offers many exciting career opportunities at Oxford College,” Hicks said.

“This event will give us an opportunity to reach those who are interested in joining the talented and committed team that supports Oxford's education mission,” he said.

For more information on the 2021 Regional Job Fair, visit https://www.gptc.edu/regional-job-fair/. 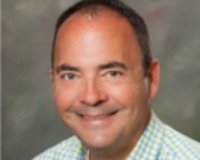 Digital Book "The Process of Buying-Selling a Home

Hello Everyone, I'm so glad that you have visited my website. I have a special gift for you, that I have put together to make these process much easy to understand!It is FREE! no strings!!It

Four Reasons Why the End of Forbearance Will Not Lead to a Wave of Foreclosures!!

4 Reasons Why the End of Forbearance Will Not Lead to a Wave of ForeclosuresWith forbearance plans about to come to an end, many are concerned the housing market will experience a wave of

Home Sellers: There Is An Extra Way To Welcome Home Our Veterans..

Home Sellers: There Is an Extra Way To Welcome Home Our VeteransSome veterans are finding it difficult to obtain a home in today’s market. According to the National

Some veterans are finding it difficult to obtain a home in today’s market. According to the National Association of Realtors (NAR):“Conventional conforming

By registering, you agree to our terms of use and that real estate professionals and lenders may call/text you about your inquiry, which may involve use of automated means and prerecorded/artificial voices. You don't need to consent as a condition of buying any property, goods or services. Messages/data rates may apply.